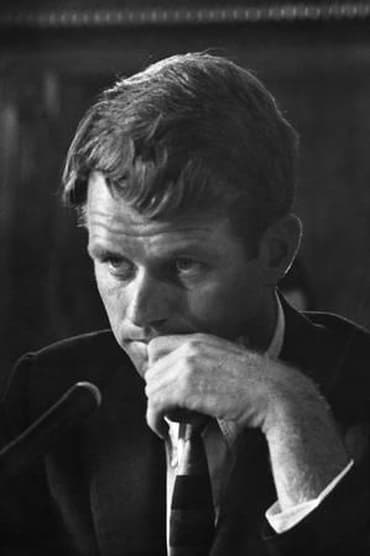 Robert Francis "Bobby" Kennedy was an American politician and lawyer from Massachusetts. He served as a United States senator from New York from January 1965 until his assassination in June 1968. He was previously the 64th U.S. attorney general from January 1961 to September 1964, serving under his older brother President John F. Kennedy and his successor, President Lyndon B. Johnson. Kennedy was a member of the Democratic Party and is seen as an icon of modern American liberalism.

Won't You Be My Neighbor?

I Am Not Your Negro

Summer of Soul (...Or, When the Revolution Could Not Be Televised)

The Mystery of Marilyn Monroe: The Unheard Tapes

O.J.: Made in America

King in the Wilderness

Crisis: Behind a Presidential Commitment

The Man Who Saw Tomorrow

The Man Nobody Knew: In Search of My Father, CIA Spymaster William Colby

Beyond JFK: The Question of Conspiracy

RFK Must Die: The Assassination of Bobby Kennedy

Adventures on the New Frontier

...So Goes the Nation

Race for the White House

All Power to the People!

The Second Dallas: Who Killed RFK?

Robert Drew in His Own Words

Andrew Cohen on Crisis and Its Outtakes

I Am Jackie O

The Kennedy Who Changed The World

Leadership Loveseat: Thoughts from the Class of 1968

McCarthy: Death of a Witch Hunter