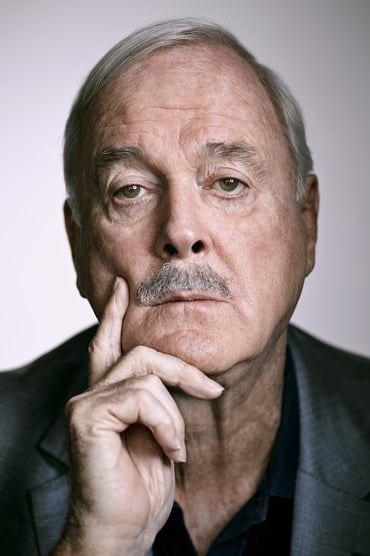 John Marwood Cleese (born 27 October 1939) is an English actor, comedian, writer and film producer. He achieved success at the Edinburgh Festival Fringe, and as a scriptwriter and performer on The Frost Report. In the late 1960s he became a member of Monty Python, the comedy troupe responsible for the sketch show Monty Python's Flying Circus and the four Monty Python films: And Now for Something Completely Different, Holy Grail, Life of Brian and The Meaning of Life. In the mid 1970s, Cleese and his first wife Connie Booth, co-wrote and starred in the British sitcom Fawlty Towers. Later, he co-starred with Kevin Kline, Jamie Lee Curtis and former Python colleague Michael Palin in A Fish Called Wanda and Fierce Creatures. He also starred in Clockwise, and has appeared in many other films, including two James Bond films, two Harry Potter films, and three Shrek films. With Yes Minister writer Antony Jay he co-founded the production company Video Arts, responsible for making entertaining training films. Description above from the Wikipedia article John Cleese, licensed under CC-BY-SA, full list of contributors on Wikipedia

Harry Potter and the Philosopher's Stone

Harry Potter and the Chamber of Secrets

Monty Python and the Holy Grail

The Day the Earth Stood Still

The World Is Not Enough

Around the World in 80 Days

George of the Jungle

The Meaning of Life

Over the Garden Wall

George of the Jungle 2

And Now for Something Completely Different

The Adventures of Pluto Nash

Mickey's Magical Christmas: Snowed in at the House of Mouse

Father Christmas Is Back

The Secret Life of Brian

How to Irritate People

Monty Python: The Meaning of Live

Last of the Summer Wine

Return of the Goodies

Monty Python and the Holy Grail in LEGO

Not The Nine O'Clock News

The Rise and Rise of Michael Rimmer

The Pythons: Somewhere in Tunisia, Circa A.D. 1979

The Bliss of Mrs. Blossom

The Taming of the Shrew

Away from it All

The Art of Football from A to Z

Romance with a Double Bass

Before the Flying Circus

The Secret Policeman's Other Ball

Doctor Who: City of Death

British Sitcom: 60 Years of Laughing at Ourselves

The Best House in London

The Meaning of Monty Python

From Script to Screen

Wine for the Confused

Michael Palin: A Life on Screen

Anatomy of a Liar

We Are Most Amused

Pleasure at Her Majesty's

Monty Python: Who's There?

To Norway, Home of Giants

Peter Cook At a Slight Angle to the Universe

Monty Python: And Now for Something Rather Similar

Look at the State We're In!

The Many Faces of Ronnie Barker

The Funny Blokes of British Comedy

Quark and the Highway Robber

Why there is no hope

Behind Over the Garden Wall

The Life of Python

How Not to Exhibit Yourself