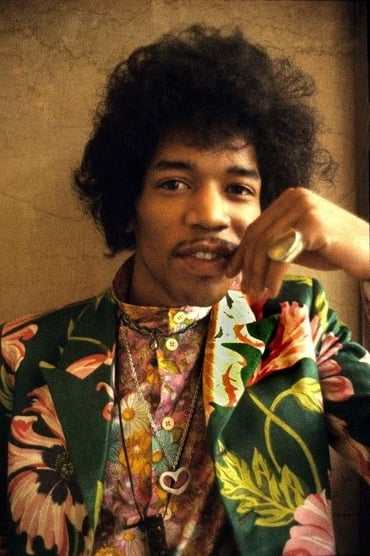 James Marshall "Jimi" Hendrix (born Johnny Allen Hendrix, November 27, 1942 – September 18, 1970) was an American guitarist and singer-songwriter. He is widely considered to be the greatest electric guitarist in musical history, and one of the most influential musicians of his era across a range of genres.

Description above from the Wikipedia article Jimi Hendrix, licensed under CC-BY-SA, full list of contributors on Wikipedia.​

The 25th Anniversary Rock and Roll Hall of Fame Concerts

Message to Love: The Isle of Wight Festival

Jimi Hendrix at the Isle of Wight

Jimi Hendrix: The Road to Woodstock

Get Yer Ya-Ya's Out!

Jimi Hendrix - Live at the Isle of Wight

It Must Be Dusty

The Day the Music Died

Jimi and Sly: The Skin I'm In

Play It Loud: The Story of Marshall

At Last...The Beginning: The Making of Electric Ladyland

When the Music's Over