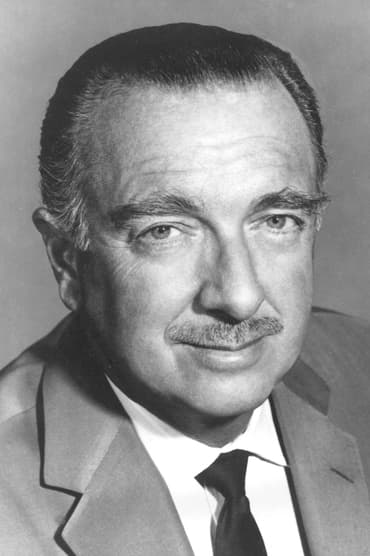 Walter Leland Cronkite, Jr. (November 4, 1916 – July 17, 2009) was an American broadcast journalist, best known as anchorman for the CBS Evening News for 19 years (1962–81). During the heyday of CBS News in the 1960s and 1970s, he was often cited as "the most trusted man in America" after being so named in an opinion poll. Although he reported many events from 1937 to 1981, including bombing in World War II, the Nuremberg trials, combat in the Vietnam War, the death of President John F. Kennedy, the death of civil rights pioneer Martin Luther King, Jr., Watergate, and the Iran Hostage Crisis, he was known for extensive TV coverage of the U.S. space program, from Project Mercury to the Moon landings to the Space Shuttle. He was the only non-NASA recipient of a Moon-rock award. Cronkite is well known for his departing catchphrase "And that's the way it is," followed by the date on which the appearance is aired.

Description above from the Wikipedia article Walter Cronkite, licensed under CC-BY-SA, full list of contributors on Wikipedia.​

Scary Stories to Tell in the Dark

Mark Felt: The Man Who Brought Down the White House

We're Back! A Dinosaur's Story

This Film Is Not Yet Rated

Empire of Dreams: The Story of the Star Wars Trilogy

Summer of Soul (...Or, When the Revolution Could Not Be Televised)

The Man Who Saved the World

Apollo: Missions to the Moon

Breakpoint: A Counter History of Progress

The Secret of the Wild Child

I Am Richard Pryor

Beyond JFK: The Question of Conspiracy

The Dream Is Alive

The Newspaperman: The Life and Times of Ben Bradlee

Amandla! A Revolution in Four-Part Harmony

Nixon by Nixon: In His Own Words

A Note of Triumph: The Golden Age of Norman Corwin

All Power to the People!

Gloria: In Her Own Words

SS United States: Made in America

I Am Jackie O

Out of the Shadows: The Man Who Was Deep Throat

Man on the Moon with Walter Cronkite

America's Choir: The Story of the Mormon Tabernacle Choir

Woodward and Bernstein: Lighting the Fire

Newsflash: Stories That Stopped the World

Man on the Moon: The Epic Journey of Apollo 11

Apollo 13: The Inside Story

Hope & Fury: MLK, the Movement and the Media

Man on the Moon: The Epic Journey of Apollo 11

The Making of an Underground Film

I, Leonardo: A Journey of the Mind

The Price of Liberty

Return to Flight HD: The Inside Story

The Making of 'Network'

Two for the Money