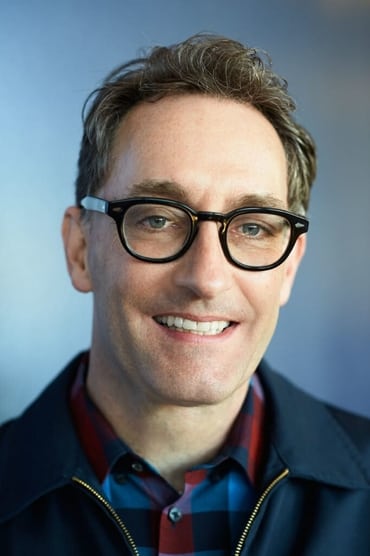 Thomas James "Tom" Kenny (born July 13, 1962) is an American actor and comedian, known for his long-running-role as SpongeBob SquarePants in the television series of the same name, as well as the live-action character Patchy the Pirate, Gary the Snail and the French narrator based on Jacques Cousteau. His other voice acting roles include the Narrator and Mayor in the Powerpuff Girls, Heffer in Rocko's Modern Life, Dog in CatDog, Ice King in Adventure Time and Spryo in the Spyro the Dragon video game series. Aside from voice acting, Kenny also starred in the short-lived Fox sketch show The Edge and was a cast member of the HBO sketch comedy program Mr. Show, where he worked with Jill Talley, whom he subsequently married. He also hosted Friday Night Videos on NBC for one year in 1983, and Funday Night at the Movies on TCM in 2007.

Transformers: Revenge of the Fallen

Transformers: Dark of the Moon

The SpongeBob Movie: Sponge on the Run

The SpongeBob Movie: Sponge Out of Water

Battle of the Sexes

Teen Titans Go! To the Movies

Stuart Little 3: Call of the Wild

Middle School: The Worst Years of My Life

Dragons: Dawn Of The Dragon Racers

The Batman vs. Dracula

Trollhunters: Rise of the Titans

Scooby-Doo! and the Legend of the Vampire

Dragons: Race to the Edge

Tom and Jerry: The Fast and the Furry

Batman: The Brave and the Bold

It's a SpongeBob Christmas!

Scooby-Doo! & Batman: The Brave and the Bold

The Haunted World of El Superbeasto

Final Flight of the Osiris

Tom and Jerry Blast Off to Mars!

Ben 10 Versus the Universe: The Movie

He-Man and the Masters of the Universe

My Gym Partner's a Monkey

Mr. Show with Bob and David

The Powerpuff Girls: 'Twas the Fight Before Christmas

The Mummy: The Animated Series

The SpongeBob Musical: Live on Stage!

Whatever Happened to... Robot Jones?

The Legend of Frosty the Snowman

The Adventures of Panda Warrior

The Flintstones: On the Rocks

The Powerpuff Girls: The Mane Event

Sit Down Shut Up

Back To The Sea

CatDog and the Great Parent Mystery

Medusa - Dare To Be Truthful

The Buzz on Maggie

Niko and the Sword of Light

Spongebob Squarepants Tales from the Deep

Scooby-Doo and the Snow Creatures

Out of Jimmy's Head

The Legend of Boo-Kini Bottom

The Adventures of Rocky and Bullwinkle

The Mummy: Quest for the Lost Scrolls

I Yam What I Yam: The Story of Popeye the Sailor

The Online Adventures of Ozzie the Elf

The Powerpuff Girls: Who, What, Where, How, Why... Who Cares?

Tom and Jerry Blast Off to Mars!: Blasting Off

The One and Only June Foray

Joey to the World

Pinocchio and the Water Of Life

Kenny and the Chimp: Diseasy Does It! or Chimp 'n' Pox

The Louie N' Louie Show in: A Seedy Situation

I'm Urchin You to Leave

The Voyages of Young Doctor Dolittle

Batman and Superman: Battle of the Super Sons