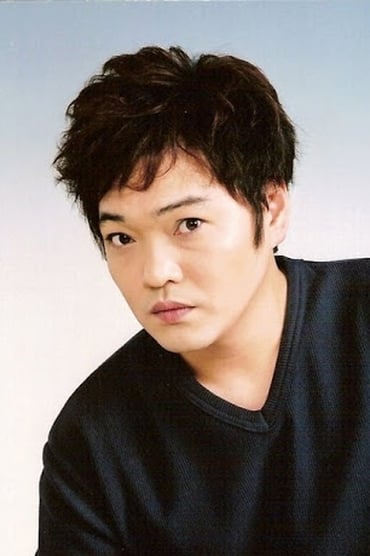 Yamaguchi has appeared in eroge as Kyōya Ushihisa (牛久 京也, Ushihisa Kyōya).  He made his first public appearance in North America at Otakon 2008;  and was also a guest at Sakura-Con 2009.  Yamaguchi's third appearance to date has been at Animazement in 2010.

Description above from the Wikipedia article Kappei Yamaguchi, licensed under CC-BY-SA, full list of contributors on Wikipedia.

The Boy and the Beast

One Piece: The Movie

One Piece: Baron Omatsuri and the Secret Island

One Piece: Curse of the Sacred Sword

Lupin the Third vs. Detective Conan: The Movie

Detective Conan: Captured in Her Eyes

Detective Conan: The Last Wizard of the Century

Inuyasha the Movie 3: Swords of an Honorable Ruler

One Piece: Adventure of Nebulandia

Inuyasha the Movie 2: The Castle Beyond the Looking Glass

One Piece: Chopper's Kingdom on the Island of Strange Animals

Detective Conan: Strategy Above the Depths

One Piece: The Desert Princess and the Pirates: Adventure in Alabasta

Inuyasha the Movie 4: Fire on the Mystic Island

Detective Conan: The Lost Ship in the Sky

Ranma ½: The Movie 2 — The Battle of Togenkyo: Rescue the Brides!

Ranma ½: The Movie — The Battle of Nekonron: The Fight to Break the Rules!

Bofuri: I Don’t Want to Get Hurt, so I’ll Max Out My Defense.

One Piece: Heart of Gold

One Piece Episode of Merry: The Tale of One More Friend

One Piece Episode of Nami: Tears of a Navigator and the Bonds of Friends

Nadia: The Secret of Blue Water

Episode of Sabo: The Three Brothers' Bond - The Miraculous Reunion

The Law of Ueki

One Piece: Episode of Skypiea

Ranma ½: The Movie 3 — The Super Non-Discriminatory Showdown: Team Ranma vs. the Legendary Phoenix

The Disappearance of Conan Edogawa: The Worst Two Days in History

Urotsukidōji: Legend of the Demon Womb

Hitori no Shita: The Outcast

A Tree of Palme

One Piece Special: Adventure in the Ocean's Navel

Precure All Stars Movie DX: Everyone Is a Friend - A Miracle All Precures Together

The Adventures of Tyrano Boy

Precure All Stars Movie DX2: The Light of Hope - Protect the Rainbow Jewel!

Precure All Stars Movie DX3: Deliver the Future! The Rainbow-Colored Flower That Connects the World

Precure All Stars New Stage: Friends of the Future

Please Save My Earth

Persona 4 the Animation -the Factor of Hope-

In Search of the Lost Future

The Heroic Legend of Arslan: Age of Heroes

The File of Young Kindaichi

Mouse Story: The Adventures of George and Gerald

Please Save My Earth

The Ancient Magus' Bride: The Boy from the West and the Knight of the Blue Storm

Legend of the Dragon Kings

The Little Judge from Hell

Can Can Bunny Extra