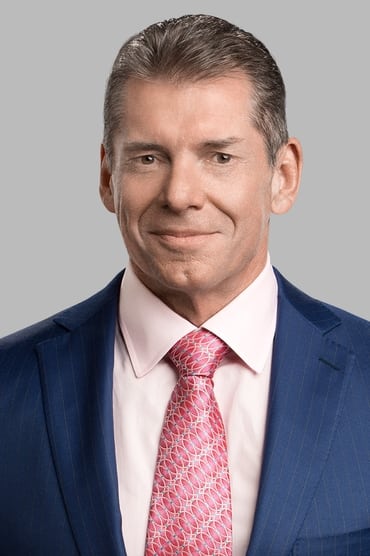 Vincent Kennedy "Vince" McMahon is an American professional wrestling promoter, announcer, commentator, film producer, actor and former occasional professional wrestler, and is often referred to as the archetypal wrestling magnate. McMahon currently serves as the Chairman, CEO and Chairman of the Executive Committee of the professional wrestling promotion WWE and is the majority shareholder of the company, holding approximately 88% of the total voting power and 59% of the outstanding shares within WWE. Upon acquiring World Championship Wrestling (WCW) and Extreme Championship Wrestling (ECW), McMahon's WWE became the sole remaining major American professional wrestling promotion until the national expansion of Total Nonstop Action Wrestling and Ring of Honor. As an on-camera character, he can appear on all WWE brands (though the majority of the time, he appears on Raw). McMahon plays a character known by the ring name Mr. McMahon, based on himself. In the world of WWE, he is a two-time world champion, having won the WWF Championship and ECW World Championship. He was also the winner of the 1999 Royal Rumble. Vince is the husband of Linda McMahon, with whom he ran WWE from its establishment in 1980 until she resigned as CEO in September 2009.

Scooby-Doo! and WWE: Curse of the Speed Demon

CM Punk: Best in the World

Dark Side of the Ring

WWE - The True Story of WrestleMania

The Edge and Christian Show That Totally Reeks of Awesomeness

WWE Judgment Day: In Your House

The Self Destruction of the Ultimate Warrior

WWE: Tombstone - The History of the Undertaker

The History of WWE: 50 Years of Sports Entertainment

The Top 100 Moments In Raw History

This Was the XFL

WWE: The Best of Raw - After the Show

WWE Rock Bottom: In Your House

One Nation Under Trump

WWE Unforgiven: In Your House

WWE: Falls Count Anywhere: The Greatest Street Fights and Other Out of Control Matches

The Unreal Story Of Pro Wrestling

WWE Tribute to the Troops 2014

The Rock - Just Bring It!

WWE: 'Cause Stone Cold Said So

My Way: The Life and Legacy of Pat Patterson

WWE Over the Edge: In Your House

The Making of 'The Marine'

WWE Breakdown: In Your House

WWE: The Rock - Just Bring It!

The Life and Times of Captain Lou Albano

WWF: The Rock - Know Your Role

WWE: The Most Powerful Families in Wrestling

The Secret World of Professional Wrestling

WWE: The Best of King of the Ring

10 Things Every Guy Should Experience

WWE Tribute to the Troops 2003