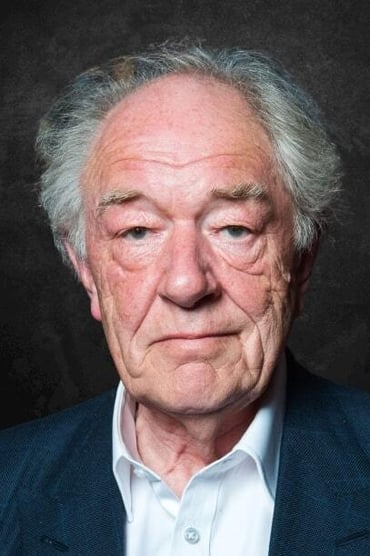 Sir Michael Gambon is an Irish-British actor who has worked in theatre, television and film. A highly respected theatre actor, Gambon is recognised for his role in The Singing Detective and for his role as Albus Dumbledore in the Harry Potter film series, replacing the late actor Richard Harris.

Gambon was born in Cabra, Dublin during World War II. His father, Edward Gambon, was an engineer, and his mother, Mary, was a seamstress. His father decided to seek work in the rebuilding of London, and so the family moved to Mornington Crescent in North London, when Gambon was five. His father had him made a British citizen - a decision that would later allow Michael to receive an actual, rather than honorary, knighthood.

Gambon married Anne Miller when he was 22, but has always been secretive about his personal life, responding to one interviewer's question about her: "What wife?" The couple lived near Gravesend, Kent, where she has a workshop. While filming Gosford Park, Gambon brought Philippa Hart on to the set and introduced her to co-stars as his girlfriend. When the affair was revealed in 2002, he moved out of the marital home and bought a bachelor pad. In February 2007, it was revealed that Hart was pregnant with Gambon's child, and gave birth to son, Michael, in May 2007. On 22 June 2009 she gave birth to her second child, a boy named William, who is Gambon's third child. Gambon is a qualified private pilot and his love of cars led to his appearance on the BBC's Top Gear programme. Gambon raced the Suzuki Liana and was driving so aggressively that it went round the last corner of his timed lap on two wheels. The final corner of the Dunsfold Park track has been named "Gambon" in his honour.

Harry Potter and the Prisoner of Azkaban

The Book of Eli

The Life Aquatic with Steve Zissou

Sky Captain and the World of Tomorrow

The Cook, the Thief, His Wife & Her Lover

Doctor Who: A Christmas Carol

The Wings of the Dove

The Beast Must Die

Sleepy Hollow: Behind the Legend

Mad to Be Normal

A Man of No Importance

The Willows in Winter

The Nightmare Worlds of H.G. Wells

The Alps - Climb of Your Life

The Making of 'Gosford Park'

The Heat of the Day

A Roll of the Dice: The Capeman on Broadway

Arthur of the Britons

Tiptoe Through the Tulips