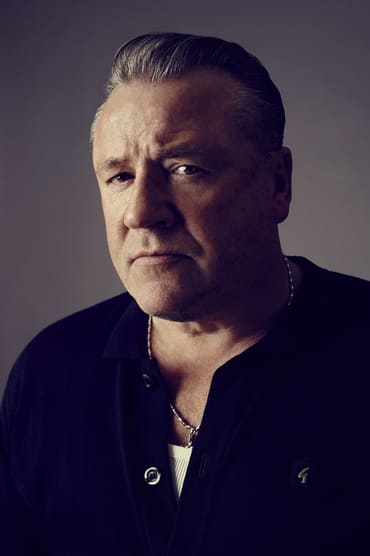 An British film and television actor. He is mostly known for his "tough guy" roles, beginning with that of Carlin in the 1979 film Scum and as Will Scarlet in the cult television adventure series Robin of Sherwood. He has also become well known as a voice over actor. More recently he has branched out into film production. His film résumé includes Cold Mountain, King Arthur, The Proposition, The Departed, Beowulf, Indiana Jones and the Kingdom of the Crystal Skull and Edge of Darkness. He is known for starring in very profane and violent films such as "Nil By Mouth", "Sexy Beast" and "44 Inch Chest".

Description above from the Wikipedia article Ray Winstone, licensed under CC-BY-SA, full list of contributors on Wikipedia.

The Chronicles of Narnia: The Lion, the Witch and the Wardrobe

Snow White and the Huntsman

Indiana Jones and the Kingdom of the Crystal Skull

The Legend of Barney Thomson

There's Only One Jimmy Grimble

Would I Lie to You?

One Foot In The Grave

Ladies and Gentlemen, the Fabulous Stains

The Very Thought of You

Of Kings and Prophets

Birds Of A Feather

Have I Got a Bit More News for You

All In The Game

The Trials of Jimmy Rose

The Nightmare Worlds of H.G. Wells

Macbeth on the Estate

Notes on an American Film Director at Work

Hollywood Bulldogs: The Rise and Falls of the Great British Stuntman