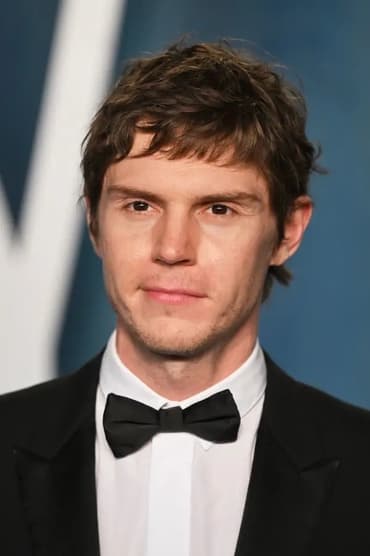 Evan Thomas Peters (born January 20, 1987) is an American actor. He is best known for his multiple roles on the FX anthology series American Horror Story, as Stan Bowes in the first season of the FX ballroom drama series Pose, and as Peter Maximoff / Quicksilver in the X-Men film series (2014–2019) and the Marvel Cinematic Universe series WandaVision. In 2021, he won a Primetime Emmy Award for his performance in Mare of Easttown. In the same year Peters returned to the American Horror Story universe, playing writer and entertainer Austin Sommers in the first part, Red Tide, of the tenth season. Most recently Peters portrayed infamous serial killer Jeffrey Dahmer in the Ryan Murphy created Netflix miniseries, Dahmer – Monster: The Jeffrey Dahmer Story.

Never Back Down 2: The Beatdown

The Pirates of Somalia

Gardens of the Night

Phil of the Future

Behind the Fright: The Making of American Horror Story