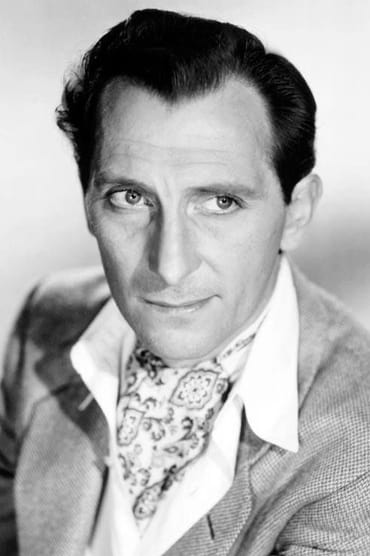 Peter Wilton Cushing, OBE  (26 May 1913 – 11 August 1994) was an English actor, known for his many appearances in Hammer Films, in which he played Baron Frankenstein and Dr. Van Helsing, amongst many other roles, often appearing opposite Christopher Lee, and occasionally Vincent Price. A familiar face on both sides of the Atlantic, his most famous roles outside of "Hammer Horror" include his many appearances as Sherlock Holmes, as Grand Moff Tarkin in Star Wars (1977) and as the mysterious Doctor Who in Doctor Who and the Daleks and Daleks - Invasion Earth 2150 AD in 1965 and 1966, two cinema films based on the television series Doctor Who.

Description above from the Wikipedia article Peter Cushing, licensed under CC-BY-SA, full list of contributors on Wikipedia.

The Hound of the Baskervilles

The Curse of Frankenstein

The Brides of Dracula

At the Earth's Core

The House That Dripped Blood

The Revenge of Frankenstein

Frankenstein Must Be Destroyed

The Satanic Rites of Dracula

From Beyond the Grave

The Legend of the 7 Golden Vampires

A Chump at Oxford

The Evil of Frankenstein

Frankenstein and the Monster from Hell

Dr. Who and the Daleks

House of the Long Shadows

The Beast Must Die

Island of the Burning Damned

And Now the Screaming Starts!

The Flesh and the Fiends

Fear in the Night

Sword of the Valiant: The Legend of Sir Gawain and the Green Knight

Legend of the Werewolf

The Man in the Iron Mask

The End of the Affair

Incense for the Damned

A Tale of Two Cities

100 Years of Horror: The Count and Company

The Howards of Virginia

Flesh and Blood: The Hammer Heritage of Horror

Hammer: The Studio That Dripped Blood

Vigil in the Night

The Man Who Finally Died

This Is Your Life

The Masks of Death

A Touch of the Sun

The Woman in the House

The Many Faces of Sherlock Holmes

Dark Glamour: The Blood and Guts of Hammer Productions

Peter Cushing: A One Way Ticket to Hollywood

The World of Hammer: Dracula and the Undead

They Dare Not Love

Sherlock Holmes: The Hound of the Baskervilles

Attack Of The Octopus People