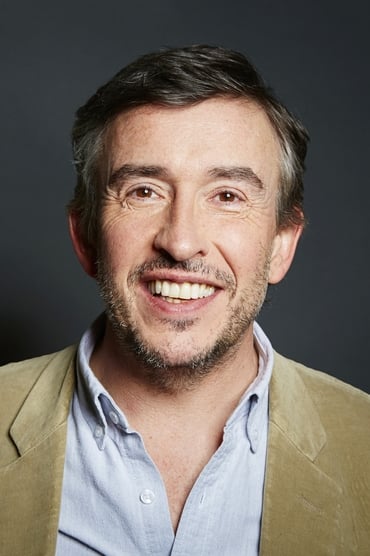 His best known character in the United Kingdom is Alan Partridge, a socially awkward and politically incorrect regional media personality, who featured in several television series, such as The Day Today, Knowing Me Knowing You with Alan Partridge and I'm Alan Partridge. Outside the UK, Coogan is better known for his film roles.

The Secret Life of Pets

Night at the Museum: Battle of the Smithsonian

Around the World in 80 Days

The Professor and the Madman

I Am Not an Animal

The Indian in the Cupboard

The Trip to Italy

The Look of Love

The Trip to Spain

Knowing Me Knowing You with Alan Partridge

The Lost Honour of Christopher Jefferies

The Trip to Greece

This Time with Alan Partridge

Robbie the Reindeer: Hooves of Fire

The Kate Bush Story: Running Up That Hill

Tales of the Riverbank

Steve Coogan: The Man Who Thinks He's It

The Smell of Reeves and Mortimer

Cruise of the Gods

Robbie the Reindeer: Legend of the Lost Tribe

Work of Art: The Next Great Artist

Alan Partridge: Welcome to the Places of My Life

Alan Partridge: Why, When, Where, How And Whom?

Steve Coogan: The Inside Story

British Sitcom: 60 Years of Laughing at Ourselves

For the Love of God

The Private Life of Samuel Pepys

The Making of Marie Antoinette

Steve Coogan : Stand Up Down Under

Rude For A Reason: Live from Brixton Academy

Introducing Tony Ferrino: Who and Why? A Quest

The Adventures of Drunky

The Lateish Show with Mo Gilligan

Jo Brand Through the Cakehole