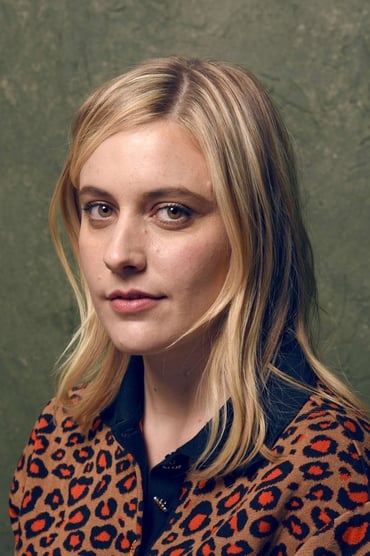 Greta Gerwig is an American actress, playwright, screenwriter, and director based in NY. She has collaborated with Noah Baumbach on several films, including Greenberg (2010), Frances Ha (2012), for which she earned a Golden Globe nomination, and Mistress America (2015). Gerwig made her solo directorial debut with the critically acclaimed comedy-drama film Lady Bird (2017), which she also wrote, and has also had starring roles in the films Damsels in Distress (2011), Jackie (2016), and 20th Century Women (2016).

Greta Celeste Gerwig was born in Sacramento, California, to Christine Gerwig (née Sauer), a nurse, and Gordon Gerwig, a financial consultant and computer programmer. She has German, Irish, and English ancestry. Gerwig was raised as a Unitarian Universalist, but also attended an all-girls Catholic school. She has described herself as "an intense child". With an early interest in dance, she intended to get a degree in musical theatre in New York. She graduated from Barnard College in NY, where she studied English and philosophy, instead.

Originally intending to become a playwright, after meeting young film director Joe Swanberg, she became the star of a series of intellectual low budget movies made by first-time filmmakers, a trend dubbed "mumblecore". Gerwig was cast in a minor role in Swanberg's LOL (2006) in 2006, while still studying at Barnard. She then appeared in many of Swanberg's films, and personally co-directed, co-wrote and co-produced one entitled Nights and Weekends (2008). She has worked with good quality directors such as Ti West (The House of the Devil (2009)), Whit Stillman (Damsels in Distress (2011)), or Woody Allen (To Rome with Love (2012)) but success and (international) recognition did not come until Frances Ha (2012), directed by Noah Baumbach, a film she also co-wrote. Both tall and immature, awkward and graceful, blundering and candid, annoying and engaging, Greta has won all hearts in the title role of Frances Ha(liday).

In 2017, she wrote and directed the highly acclaimed, semi-autobiographical teen movie Lady Bird (2017), set in 2002-2003, and starring Saoirse Ronan, Laurie Metcalf, and Timothée Chalamet. In 2011, Gerwig received an award for Acting from the Athena Film Festival for her artistry as one of Hollywood's definitive screen actresses of her generation.

To Rome with Love

The Meyerowitz Stories (New and Selected)

The House of the Devil

The Dish & the Spoon

You Wont Miss Me

How I Met Your Dad

The Making of 'Making a Scene'

Thanks for the Add!