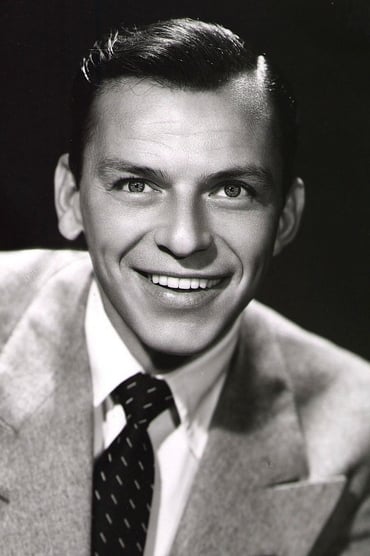 Francis Albert "Frank" Sinatra ( December 12, 1915 – May 14, 1998) was an American singer and actor. Beginning his musical career in the swing era with Harry James and Tommy Dorsey, Sinatra became a successful solo artist in the early to mid-1940s, being the idol of the "bobby soxers".

His professional career had stalled by the 1950s, but it was reborn in 1954 after he won the Academy Award for Best Supporting Actor (for his performance in From Here to Eternity). He signed with Capitol Records and released several critically lauded albums (such as In the Wee Small Hours, Songs for Swingin' Lovers, Come Fly with Me, Only the Lonely and Nice 'n' Easy). Sinatra left Capitol to found his own record label, Reprise Records (finding success with albums such as Ring-A-Ding-Ding, Sinatra at the Sands and Francis Albert Sinatra & Antonio Carlos Jobim), toured internationally, was a founding member of the Rat Pack and fraternized with celebrities and statesmen, including John F. Kennedy.

Sinatra turned 50 in 1965, recorded the retrospective September of My Years, starred in the Emmy-winning television special Frank Sinatra: A Man and His Music, and scored hits with "Strangers in the Night" and "My Way". With sales of his music dwindling and after appearing in several poorly received films, Sinatra retired for the first time in 1971. Two years later, however, he came out of retirement and in 1973 recorded several albums, scoring a Top 40 hit with "(Theme From) New York, New York" in 1980. Using his Las Vegas shows as a home base, he toured both within the United States and internationally, until a short time before his death in 1998.

Sinatra also forged a successful career as a film actor, winning the Academy Award for Best Supporting Actor for his performance in From Here to Eternity, a nomination for Best Actor for The Man with the Golden Arm, and critical acclaim for his performance in The Manchurian Candidate. He also starred in such musicals as High Society, Pal Joey, Guys and Dolls and On the Town. Sinatra was honored at the Kennedy Center Honors in 1983 and was awarded the Presidential Medal of Freedom by Ronald Reagan in 1985 and the Congressional Gold Medal in 1997. Sinatra was also the recipient of eleven Grammy Awards, including the Grammy Trustees Award, Grammy Legend Award and the Grammy Lifetime Achievement Award.

Description above from the Wikipedia article Frank Sinatra, licensed under CC-BY-SA, full list of contributors on Wikipedia.

From Here to Eternity

Around the World in Eighty Days

The Man with the Golden Arm

The Joker Is Wild

Paris When It Sizzles

The Kid Stays in the Picture

Robin and the 7 Hoods

A Hole in the Head

Sinatra: All or Nothing at All

Take Me Out to the Ball Game

The Pride and the Passion

The Devil at 4 O'Clock

Not as a Stranger

None But the Brave

The Road to Hong Kong

The House I Live In

Till the Clouds Roll By

Assault on a Queen

Marriage on the Rocks

The Miracle of the Bells

It Happened in Brooklyn

Charles Bronson: The Spirit of Masculinity

Meet Me in Las Vegas

Gene Kelly: Anatomy of a Dancer

The Definitive Elvis: The Television Years

Preminger: Anatomy of a Filmmaker

The Spencer Tracy Legacy: A Tribute by Katharine Hepburn

Grace Kelly: Destiny of a Princess

Frank Sinatra - Concert for the Americas

All the Way... A Decade of Song and Video

Frank Sinatra: The Voice of America

Judy Garland: By Myself

Frank Sinatra: The Voice of a Century

Jay Sebring....Cutting to the Truth

A Tale of Two Sisters - Lorna Luft and Liza Minnelli

Frank Sinatra: A Man and His Music Part II

Frank Sinatra: A Man and His Music + Ella + Jobim

The American Film Institute Salute to ...

The Rat Pack - The Greatest Hits

Frank Sinatra: Around the World

The Road to Victory

Frank Sinatra: A Man and His Music Part I

Hollywood Musicals of the 40's

Christmas with The Martins and The Sinatras

Happy Holidays with Bing and Frank

The Best Of Louis Armstrong: Satchmo At His Best

You're the Top: The Cole Porter Story

The Frank Sinatra Timex Show - To the Ladies

Frank Sinatra: The Man and His Music

Shirley Maclaine: Kicking Up Her Heels

Francis Albert Sinatra Does His Thing

All Star Party for Lucille Ball

Frank Sinatra: One More for the Road

Frank Sinatra in Japan: Live at the Budokan Hall, Tokyo

Happiness and Love in Monaco