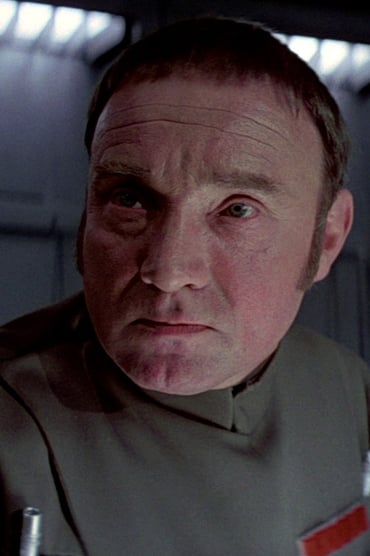 Born Donald Francis Henderson in Leystonstone, 1931, Don Henderson was an English actor of stage, television and screen. He was best known for playing both "tough guy" roles and authority figures, and is remembered for his portrayal of detective George Bulman between 1976 and 1987 in a trilogy of popular Granada Television police drama series; The XYY Man, Strangers, and Bulman. Following the end of Bulman, Henderson starred as the priest Frank Kane in the BBC drama series The Paradise Club, penned by Bulman creator Murray Smith. Henderson starred in several cult and sci fi serials and films, most notably in the first Star Wars movie in which he played General Tagge, and Doctor Who and Red Dwarf. Prior to acting, Henderson was a dental technician in the army and a detective sergeant in the Essex constabulary, but he resigned when he found he had sympathy for the criminals he was obliged to arrest. He was married twice, firstly to Hilary who died in 1977, and then to the actress Shirley Stelfox, whom he met filming The XYY Man. The pair set up home in Stratford-Upon-Avon and appeared together professionally many times until his death from throat cancer in 1997.

The Adventures of Baron Munchausen

The Baby of Mâcon

Voyage of the Damned

Billy the Kid and the Green Baize Vampire

Doctor Who: Delta and the Bannermen

The Doctors: 30 Years of Time Travel and Beyond