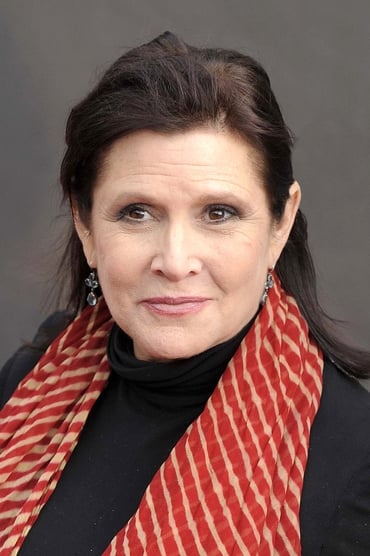 Carrie Frances Fisher (21 October 1956 - 27 December 2016) was an American actress, novelist, screenwriter, and lecturer. She is most famous for her portrayal of Princess Leia Organa in the original Star Wars trilogy, her bestselling novel Postcards from the Edge, for which she wrote the screenplay to the film of the same name, and her autobiography Wishful Drinking.

Jay and Silent Bob Strike Back

Maps to the Stars

Hannah and Her Sisters

Family Guy Presents: It's a Trap!

The Man with One Red Shoe

Empire of Dreams: The Story of the Star Wars Trilogy

Amazon Women on the Moon

Have a Good Trip: Adventures in Psychedelics

Return of the Ewok

Deal or No Deal

SPFX: The Empire Strikes Back

This Is My Life

The Rutles 2: Can't Buy Me Lunch

Classic Creatures: Return of the Jedi

The Making of The Empire Strikes Back

A Child's Garden of Poetry

Molly and The Skywalkerz: Happily Ever After

The Return of Courtney Love

Debbie Reynolds and the Sound of Children