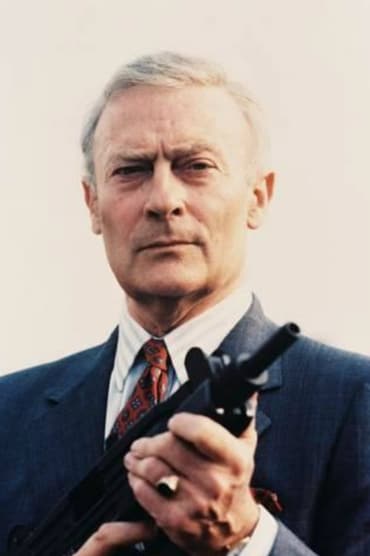 Edward Albert Arthur Woodward OBE (1 June 1930 – 16 November 2009) was an English stage and screen actor and singer. After graduating from the Royal Academy of Dramatic Art (RADA), Woodward began his career on stage, and throughout his career he appeared in productions in both the West End in London and on Broadway in New York. He came to wider attention from 1967 in the title role of the British television spy drama Callan, earning him the 1970 British Academy Television Award for Best Actor. Among his film credits, Woodward starred as Police Sergeant Howie in the 1973 cult British horror film The Wicker Man, and in the title role of the noted 1980 Australian biopic Breaker Morant. From 1985 Woodward starred as British ex-secret agent and vigilante Robert McCall in the American television series The Equalizer, earning him the 1986 Golden Globe Award for Best Television Drama Actor.

Incense for the Damned

The File of the Golden Goose

Hands of a Murderer

Where There's a Will

The Man in the Brown Suit

Burnt Offering: The Cult of The Wicker Man

Over My Dead Body

Harrison: Cry of the City

The True Story of the Bridge on the River Kwai

A Congregation of Ghosts

When Day Is Done

A Magnum for Schneider

The Equalizer - The Movie: Blood & Wine