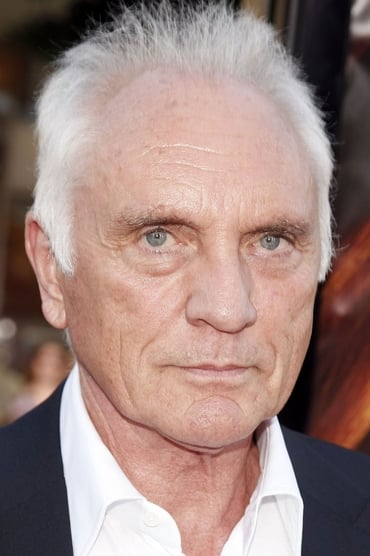 Terence Henry Stamp (born 22 July 1938) is an English actor. After training at the Webber Douglas Academy of Dramatic Art in London he started his acting career in 1962. He has been referred to as the “master of the brooding silence” by The Guardian. His performance in the title role of Billy Budd, his film debut, earned him an Academy Award nomination for Best Supporting Actor and a BAFTA nomination for Best Newcomer. Associated with the Swinging London scene of the 1960s – during which time he was in high-profile relationships with actress Julie Christie and supermodel Jean Shrimpton – Stamp was among the subjects photographed by David Bailey for a set titled Box of Pin-Ups.

Stamp played butterfly collector Freddie Clegg in The Collector (1965), and in 1967 appeared in Far from the Madding Crowd, starring opposite Christie. His other major roles include playing archvillain General Zod in Superman and Superman II, tough guy Wilson in The Limey, Supreme Chancellor Valorum in Star Wars: Episode I – The Phantom Menace, transgender woman Bernadette Bassinger in The Adventures of Priscilla, Queen of the Desert, ghost antagonist Ramsley in The Haunted Mansion, Stick in Elektra, Pekwarsky in Wanted, Siegfried in Get Smart, Terrence Bundley in Yes Man, the Prophet of Truth in Halo 3, Mankar Camoran in The Elder Scrolls IV: Oblivion, and General Ludwig Beck in Valkyrie. He has appeared in two Tim Burton films, Big Eyes (2014) and Miss Peregrine's Home for Peculiar Children (2016).

Description above from the Wikipedia article Terence Stamp, licensed under CC-BY-SA, full list of contributors on Wikipedia.

The Adventures of Priscilla, Queen of the Desert

The Art of the Steal

The Company of Wolves

Spirits of the Dead

Far from the Madding Crowd

My Wife Is an Actress

Francis Bacon: A Brush with Violence

The Mind of Mr. Soames

Death in the Vatican

A Season in Hell

The Thief of Bagdad

The Making of 'Superman II'

The Making of 'Superman: The Movie'

Fame, Fashion and Photography: The Real Blow Up

Between a Frock and a Hard Place

You Will Believe: The Cinematic Saga of Superman

Relentless: The Making of 'Elektra'

The Making of Oblivion