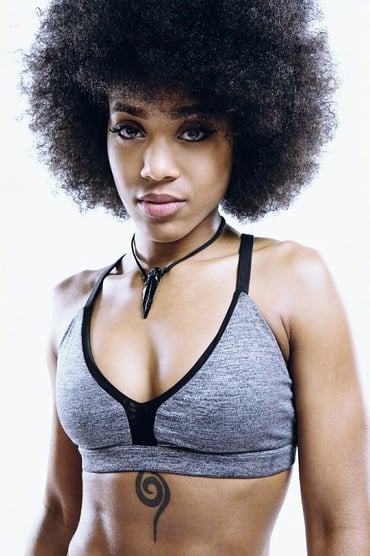 Shaina West is an actress known for Black Widow (2020).

Shaina West is a real life super-hero, with a back-story to rival any Avenger and an alter-ego determined to change the stereotype of black women on screen. After being involved in a motorcycle accident aged just 20, inspired by her passion for Japanese culture and love of Anime, Shaina got out of her plaster-casts and back into the gym. Determined to be strong and fight for what she believed in, through sheer dedication and hard work Shaina taught herself martial arts to be in spirit just like the anime characters that had made her feel heroic, shortly after The Samurider was born. Shaina was discovered by Martin Hancock of the Hancock Agency and later introduced to Paul Byram (Paul Byram Associates) to help establish Shaina as an actor and performer in the television and film industry.