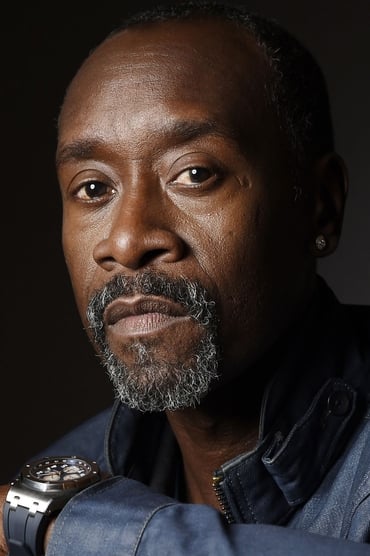 He was nominated for an Academy Award for Best Actor for his lead role as Rwandan hotel manager Paul Rusesabagina in the historical genocide drama film Hotel Rwanda (2004). From 2012 to 2016, he starred as Marty Kaan on the Showtime comedy series House of Lies; he won a Golden Globe Award in 2013 for the role. Since 2019, he has starred as Maurice Monroe in the Showtime series Black Monday, a role which earned him a Primetime Emmy Award nomination in 2019. He extended his global recognition with his role as the superhero War Machine in the Marvel Cinematic Universe, replacing Terrence Howard, appearing in Iron Man 2 (2010), Iron Man 3 (2013), Avengers: Age of Ultron (2015), Captain America: Civil War (2016), Avengers: Infinity War (2018), Captain Marvel (2019), and Avengers: Endgame (2019).

Description above is from the Wikipedia article Don Cheadle, licensed under CC-BY-SA, full list of contributors on Wikipedia.

Devil in a Blue Dress

The United States of Leland

The Assassination of Richard Nixon

Rebound: The Legend of Earl 'The Goat' Manigault

Things Behind the Sun

A Lesson Before Dying

Adjust Your Color: The Truth of Petey Greene

August 28: A Day in the Life of a People

America Beyond the Color Line