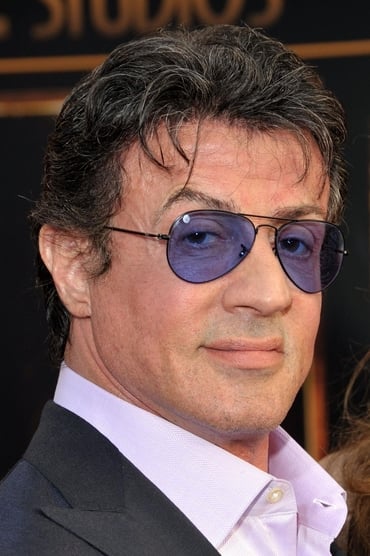 An American actor and filmmaker. He is well known for his Hollywood action roles, including boxer Rocky Balboa in the Rocky series' eight films from 1976 to 2018; soldier John Rambo from the five Rambo films, released between 1982 and 2019; and Barney Ross in the three The Expendables films from 2010 to 2014. He wrote or co-wrote most of the 16 films in all three franchises, and directed many of the films.

Stallone's film Rocky was inducted into the National Film Registry as well as having its film props placed in the Smithsonian Museum. Stallone's use of the front entrance to the Philadelphia Museum of Art in the Rocky series led the area to be nicknamed the Rocky Steps. Philadelphia has a statue of his Rocky character placed permanently near the museum. It was announced on December 7, 2010 that Stallone was voted into the International Boxing Hall of Fame in the non-participant category.

In 1977, Stallone was nominated for two Academy Awards for Rocky, Best Original Screenplay and Best Actor. He became the third man in history to receive these two nominations for the same film, after Charlie Chaplin and Orson Welles. He received positive reviews, as well as his first Golden Globe Award win and a third Academy Award nomination, for reprising the role of Rocky Balboa in Ryan Coogler's 2015 film Creed.

Bullet to the Head

Stop! Or My Mom Will Shoot

Supermensch: The Legend of Shep Gordon

The Lords of Flatbush

The Party at Kitty and Stud's

The Prisoner of Second Avenue

Ultimate Fights from the Movies

Your Studio and You

Journey to the Oscars

Lovers and Other Strangers

The Making of The Expendables 3

No Place to Hide

The Go-Go Boys: The Inside Story of Cannon Films

The Gangster, The Cop, The Devil

The Rocky Saga: Going the Distance

America: A Tribute to Heroes

From Rocky to Creed: The Legacy Continues

Inferno: The Making of 'The Expendables'

Princess Diana: Her Life - Her Death - The Truth

One Night: Joshua vs. Ruiz

The Sidelong Glances of a Pigeon Kicker

40 Years of Rocky: The Birth of a Classic

A Century of Science Fiction

Tough As They Come

The Expendables: A Christmas Story

From the Ashes: Post-Production and Release of 'The Expendables'