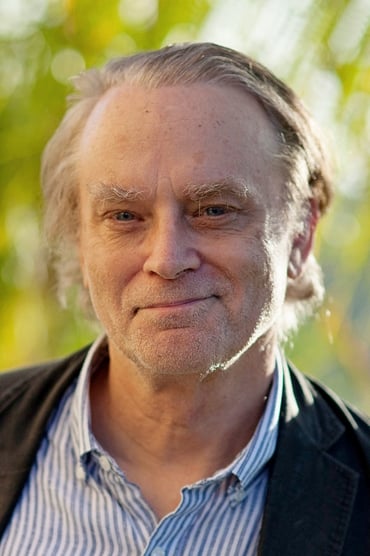 Bradford Claude "Brad" Dourif (born March 18, 1950) is an American film and television actor who gained early fame for his portrayal of Billy Bibbit in One Flew Over the Cuckoo's Nest, and has since appeared in a number of memorable roles, including the voice of Chucky in the Child's Play franchise, Younger Brother in Ragtime, the mentat Piter De Vries in David Lynch's Dune, Gríma Wormtongue in The Lord of the Rings, the homicidal Betazoid Lon Suder in the TV series Star Trek: Voyager, serial killer Charles Dexter/Brother Edward in the acclaimed science fiction television series Babylon 5, and Doc Cochran in the HBO television series Deadwood. Dourif has also worked with renowned film director Werner Herzog at many occasions, appearing in Scream of Stone, The Wild Blue Yonder, Bad Lieutenant: Port of Call New Orleans and My Son, My Son, What Have Ye Done?

The Lord of the Rings: The Return of the King

The Lord of the Rings: The Two Towers

One Flew Over the Cuckoo's Nest

Murder in the First

My Son, My Son, What Have Ye Done

The Prophecy 3: The Ascent

The Wizard of Gore

End of the World

Fading of the Cries

Final Cut: The Making and Unmaking of Heaven's Gate

Group Portrait with a Lady

Michael Lives: The Making of 'Halloween'

The Horror Hall of Fame

The Legacy of Chucky

W.W. and the Dixie Dancekings

No Frank in Lumberton

Vengeance: The Story of Tony Cimo

Rage of Angels: The Story Continues

A Step toward Tomorrow

Butterfly in the Typewriter

If Looks Could Kill

Ballad of a Righteous Merchant

Rage of Angels: The Story Continues

The Horror Hall of Fame II