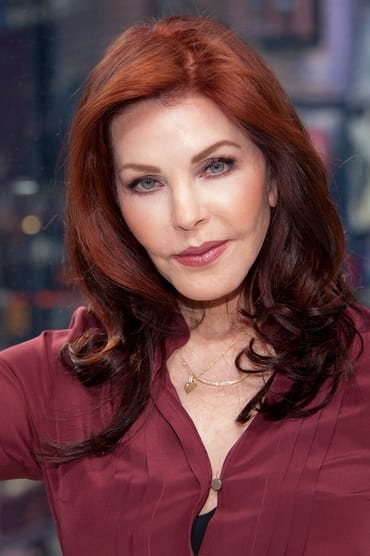 Priscilla Ann Presley (née Wagner, changed by adoption to Beaulieu; born May 24, 1945) is an American businesswoman and actress. She is the former wife of American singer Elvis Presley, as well as co-founder and former chairwoman of Elvis Presley Enterprises (EPE), the company that turned Graceland into one of the top tourist attractions in the United States. In her acting career, Presley co-starred with Leslie Nielsen in the three successful Naked Gun films and played the role of Jenna Wade on the long-running television series Dallas.

Description above from the Wikipedia article Priscilla Presley, licensed under CC-BY-SA, full list of contributors on Wikipedia

The Naked Gun: From the Files of Police Squad!

The Naked Gun 2½: The Smell of Fear

The Adventures of Ford Fairlane

Christmas at Graceland: Home for the Holidays

Elvis by the Presleys

Exclusively Elvis: A Special Edition of 20/20

The 50th Anniversary of the Elvis Comeback Special

Joanna Lumley: Elvis and Me