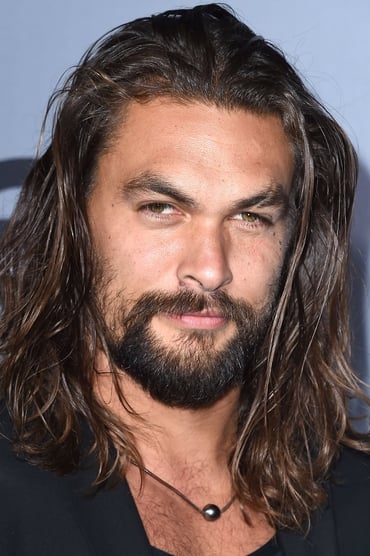 Joseph Jason Namakaeha Momoa (born August 1, 1979) is an American actor and filmmaker. He made his acting debut as Jason Ioane on the syndicated action drama series Baywatch: Hawaii (1999–2001), which was followed by his portrayal of Ronon Dex on the Syfy science fiction series Stargate Atlantis (2005–2009), Khal Drogo in the first two seasons of the HBO fantasy drama series Game of Thrones (2011–2012), Declan Harp on the Discovery Channel historical drama series Frontier (2016–2018), and Baba Voss on the Apple TV+ science fiction series See (2019–present). Momoa was featured as the lead of the two lattermost series.

Description above from the Wikipedia article Jason Momoa, licensed under CC-BY-SA, full list of contributors on Wikipedia.

Bullet to the Head

Canvas of My Life

A Riddle of Steel: The Definitive History of Conan the Barbarian

Going Deep Into the World of 'Aquaman'

Aquaman and the Lost Kingdom

Brown Bag Diaries: Ridin' the Blinds in B Minor