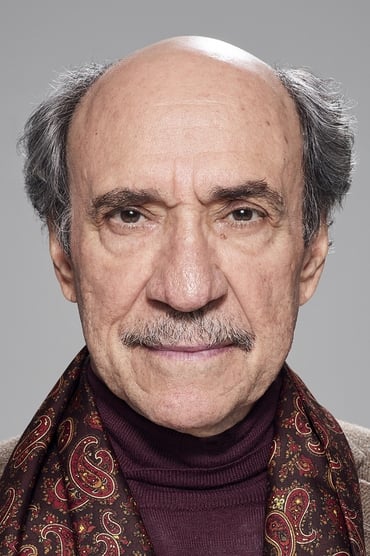 Fahrid Murray Abraham (born October 24, 1939) is an American actor. He became known during the 1980s after winning the Academy Award for Best Actor for his role as Antonio Salieri in Amadeus. He has appeared in many roles, both leading and supporting, in films such as All the President's Men and Scarface. He is also known for his television and theatre work.

How to Train Your Dragon: The Hidden World

The Name of the Rose

All the President's Men

Lady and the Tramp

The Bonfire of the Vanities

Beauty and the Beast

All in the Family

The Prisoner of Second Avenue

The Bridge of San Luis Rey

Day of the Siege

Children of the Revolution

The Knights of the Quest

Inside 'Inside Llewyn Davis'

Journey to the Center of the Earth

Every Act of Life

The Making of 'Amadeus'

Salman Rushdie: Death on a Trail

Miloš Forman - What Doesn't Kill You…

Eye of the Widow

Try to Remember: The Fantasticks

The Abbey of Crime: Umberto Eco's 'The Name of the Rose'

In the Valley of the Wolves

Too Much Romance... It's Time for Stuffed Peppers

A Season of Giants

The Gambler Who Wouldn't Die

Silence of the Bees

Nature: The Beauty of Ugly

Hummingbirds: Magic in the Air